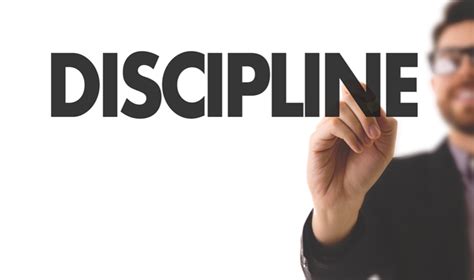 Are you able to remain focused and disciplined? Or do you have a problem becoming distracted? Don’t let a flop distract you!

Today’s hand comes from Day 2 of a massive tournament in Las Vegas, the $1500 WSOP Monster Stack. There are ~1,800 players remaining from over 6,000 entries, with the top 906 making the money. Unfortunately, we are still playing ten handed like we did on day one. This isn’t good for players because it becomes a tighter game and an uncomfortable experience, but it is great for the WSOP since they save space and require fewer dealers. No Day 2 of any poker tournament should ever be ten handed, but I digress… onto the hand!

The dealer spreads the flop, which reads Tc 3h 3s. I am the first player to check and the two players check behind me.

It is never easy to fold a big hand, but we must remain disciplined and not get blinded by how strong we think our hand is. This is a perfect example of that.

The first player comes in for a raise, his range can be very wide having 200bbs and being in middle position. The cutoff, who has 100bbs, can also have a wide range. Both of these players can have any pair, suited aces, suited connectors, suited and unsuited broadway hands, and so on. We can exclude a few hands from the cutoff’s range that would 3bet preflop, such as JJ, QQ, KK, AA, AKs, etc. I will have the widest of all the ranges since I am in the big blind and getting the best pot odds. Any hand that is suited or somewhat connected allows me to make a profitable call.

The flop is gin for my hand and my only option is to check. When everyone checks the flop, we can usually remove some big hands from their ranges such as overpairs and a lot of Tx combos. They might check pairs that are smaller than the ten, or high cards such as the aforementioned broadway hands.

The turn changes nothing and I decide to check as a trap. I think checking is the best way to disguise my holding on a pretty mundane board against two players. The original raiser bets, the cutoff calls, and now I want to build the pot with likely the best hand, so I raise. My raise sizing is roughly the size of the pot, although it is almost four times the size of the turn bet. When both players call, I am a little concerned. Neither player bet the flop, now they are both putting 24,000 chips in the middle. The only hands that currently beat me are slow played full houses, such as TT or 66, or A3s that is being really tricky.
When the 9 falls on the river, I am not worried about 78. The UTG7 player could have slow played a big hand on the flop, like JJ-AA, albeit unlikely, and both players could still have some underpairs or Tx in their range if they think I am bluffing. This is why it is a safe spot for me to bet the river with trips. I am hoping one of them calls my bet. When I get raised it screams that I am beat. Most hands would call me (even A3 probably just calls) and only full houses would raise. So what could someone possibly be bluffing with? With no history or missed draws out there, this is hardly ever a bluff!

Although it is hard to let go of big hands, there is plenty of information given in this spot that shows this is an easy fold. Moments after my fold my opponent offered the info that he had flopped tens full. That makes sense. Having the discipline and clear-headedness to make big laydowns will transition a good poker player into a great one.

“Discipline is the bridge between goals and accomplishments.” – Jim Rohn