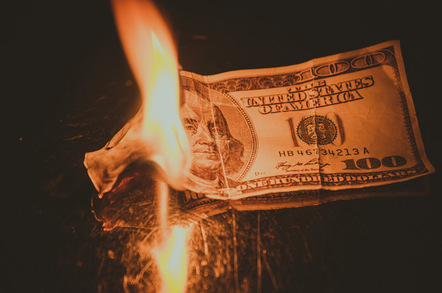 Good Evening! Welcome to the Cre8ive Coaching Newsletter. Here is a serving of poker related knowledge regarding on or off the table topics.

This situation comes from a shorthanded 5/10 no limit holdem game at the Bellagio in Las Vegas. We are playing four handed. The cutoff folds. The button is an unknown young player with a 2400 stack, he raises to 30. The small blind folds and I call in the big blind with As2c and ~1300 in chips.

The flop lands Ad Qs 8d and I check. The button bets 30 and I call.

The turn is the 4s. I check and the button checks as well.

This hand really gets interesting on the river. Defending A2o from the big blind to a button 3x 100bb+ deep in a cash game is the standard play. Same with calling a bet on the flop. This keeps my range open and undefined. My opponent doesn’t know if I hold 8x, JT, J9, 9T, KJ, KT, Qx, Ax, or a diamond draw.

When the turn falls it changes the texture of the board. Now a second flush draw and a few gutshot straight draws appear. The action going check, check, says more about the button’s range than mine. I will be checking my whole range on the turn (when I check call the flop). If the button had a strong hand like a big ace, two pair, a really big draw, or even wanted to double barrel a stone bluff, we would see bets almost all of the time.

The river brings a straight and a flush. I bet the river for value with a pair of aces, since my opponent can call with worse. Hands he might have are Qx, 8x, some 4x combo hands like 46s, 47s, or even king high. When I get raised, especially with this sizing, it is usually a flush or a straight bluff. If my opponent had KsXx or JsXx I could see a play like this. A straight is the worst holding I would normally expect to raise here, although some good players will be able to identify my range (being one pair a lot, two pair sometimes) and raise their two pair on the river. If they ran into more aggression from me, those hands turn into cheese. The button has to consider what I would call 200 more with, into a pot of 175, on the river. If I had a flush myself, I likely wouldn’t re-raise unless I had the nut flush.

Another thought I considered was that the button would often bet QsXs, KsXs flush draws and some jack or ten high flush draws on the turn as a double barrel semi-bluff. This would make me somewhat uncomfortable if I had an 8, or a Q, and would set up a third barrel, where the pot would be bigger if the button did connect or wanted to continue bluffing. With these assumptions, I decided to move all in. I am risking 1250 to win 425 and think I can apply a ton of pressure on a strong range here, getting a lot of flushes to fold and maybe even getting the king high flush to fold.

Even though my opponent had the second nuts, I put him in a situation where he had to consider letting this hand go. If I am rarely bluffing here he is making a losing call. A lot of people wouldn’t be bluffing in this spot either. Who suddenly risks 1250 when they’ve only committed 50 with the last action!?! A crazy, cre8ive player, that’s who!!!! This hand is a great example of range building, attacking that range, and doing so with the nut blocker. This seemed like the perfect spot to run a big bluff, which almost worked!

“Just dream big. Go for it. There’s nothing holding you back. You can have ups and downs, but if you believe in something, keep the faith; keep fighting. And don’t let people put you down.” – Geraint Thomas