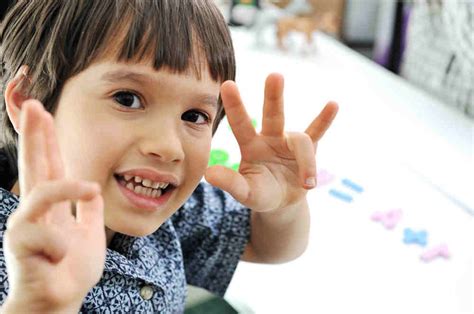 Have you ever thought you played a hand well, until you reflect on your decision making and realize you might’ve made a mistake?!? Here’s the hand I played…

The flop lands Th 9h 8c and me and the big blind check. UTG bets 60 into a pot of 120. Two players fold, then the lojack raises to 300. I am in quite the predicament. I have flopped the third nuts, although I think neither player has J7o/J7s in their range, so I technically believe I have the second nuts. There are two players betting a soaking wet board, one raised huge into three players, which is very strong. I could be drawing dead to QJ. I have good equity against sets, two pairs, and combo draws that have straight and flush outs. I have three players left to act behind me; the big blind, UTG who has bet into five opponents, and the lojack who has raised a large amount. I mull it over for two minutes, go through my analysis in my head, and fold. Crazy right?!?

Allow me to first touch on my breakdown on the situation. The under the gun player was solid, but I expect him to bet some overpairs, combo draws, two pairs, and straights on this flop. The lojack player was a little more of a wildcard when defining his range. He was solid, not getting out of line, but played a few hands funky early in the session, then doubled up. He was walking around the casino periodically for the last 30-40 minutes, and just arrived back at the table. This was one of his first hands back to sit down. For these reasons, I felt like it was less likely he would hold a combo draw, or a weaker hand in his range. This is an example of me thinking psychologically instead of theory based.

I assumed the player in the lojack position would have 16 combinations of QJ; 12 unsuited combos and 4 suited combos. I also thought he would raise the flop with the 9 combos of sets. I was uncertain if he would raise two pair here, 89s, T8s, or 9Ts, but he has 7 combos of these hands because he would only play the suited versions. I also was unsure if he would raise his combos draws like A7hh, A8hh, KJhh, AJhh, AQhh, AKhh or the bare nut flush draw (this is most unlikely.) Since he was away from the table and already winning, I thought it was rare he would want to build a huge pot in position with so many players still in the hand. For this reason, I gathered there were 16 combos of QJ, 9 combos of sets, possibly 7 combos of two pair and not many, if any, bluffs in his range. I think this inference is likely incorrect. Someone with such a big hand like A7hh, A8hh, AJhh or JKhh would likely be willing to go for the gusto. I would consider these hands “bluffs” although they have great equity in this spot.

That is a HUGE difference in equities! If my opponent doesn’t have QJ, I am at worst 65% and at best 70%. As long as the lojack doesn’t have the nuts, then I am almost 2-1 to win this pot, with action pending. There’s one issue though… we still have the BB left to act and an UTG player who has bet into five players!

Well, we assume the BB has a wide range since they were getting a great price to see the flop, so let’s exclude the small percentage of the time the BB beats us (although J7s and J7o are likely in their range, along with QJ) because their range is the widest of them all. Since the UTG player is tight, I think they might open fold QJ offsuit in first position. Maybe only playing it periodically, say 25% of the time depending on how they feel. So with that assumption, they probably only have 4 combos of QJ, which makes us less worried about being beat by this player. For this reason, we are simply focused on the lojack’s range in this specific scenario. We crush the other two ranges.

After all of this is said. I counted the combos, and realized it was 16 combos of QJ that I am drawing dead to and 16 combos of sets/two pairs that I am going to beat ~70% of the time. I removed the combo draws in my analysis, in the moment, playing the hand. This is what led me to folding. Me incorrectly removing a big part of the lojack’s range that would make this a profitable all in. Now… there are some players who will simply always have QJ here, but I don’t think we have enough information on this specific player to assume that.

This was a very close spot, and even dissecting it after the fact, the math shows how close it really is. If I moved all in for 800, assuming the lojack is calling my shove and UTG is folding, the total pot would be 1780 and I would need roughly 44% equity to justify the investment. Against the complete range of the lojack, we would not be getting the “proper” odds since we are ~38%. Does that mean I made a good fold? I don’t necessarily think so. We are making a lot of assumptions about his range, and there might be times I shove and am 65%+ to win, or I shove and win the pot if and when he folds!

This scenario highlights what goes into a deep level thought process to count hand combinations and the equity my hand has against a specific range. Once you determine the range, breaking it down to combos can help you make a profitable decision. I was losing to 16 combos, and beating upwards of 23 combos (with the combo draws included.) It’s close, but since my equity is a big favorite against most of the combos of hands I beat, I think I have to go with it…. someone convince me otherwise!

Hope you enjoyed this long winded breakdown of this difficult decision. Hands like this is what makes no limit holdem great!!

“You have a brain and mind of your own. Use it, and reach your own decisions.” – Napoleon Hill